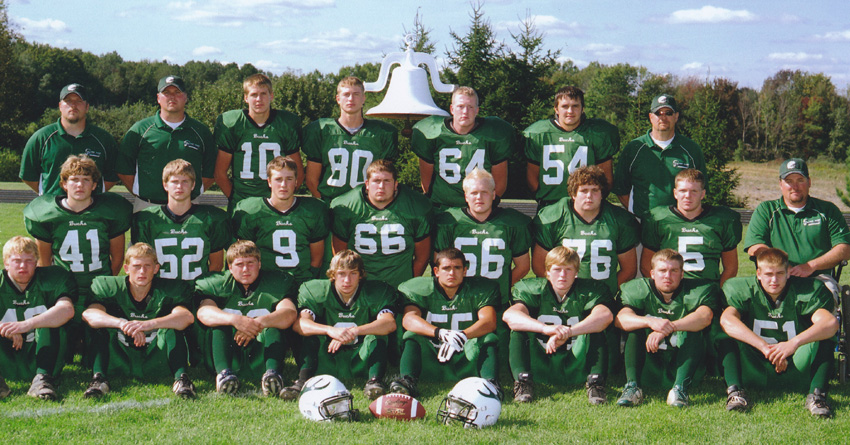 Season Recap:
The 2007 team featured many returning starters and a total of 17 seniors. The team also featured new head coach Chad Phillips, who moved up from an assistant position to take over when Mark Kassuba retired. The Bucks got off to a fast start with a 40-0 win over Oscoda at home. The rest of the season would see the Bucks chalk up a win and then a loss in alternating fashion. Besides the Oscoda victory, the Bucks got victories over Morley Stanwood, Manton, McBain, and Lakeview. The last two wins were particularly satisfying as the Bucks dismantled McBain on homecoming (35-6) and defeated a solid Lakeview team to assure a winning record. A couple close losses kept the Bucks out of the playoffs including a 0-16 loss to Beal City and a 7-15 loss to Lake City on the last night of the season. The Bucks made many improvements over the 2006 season, and in all the season was a success.