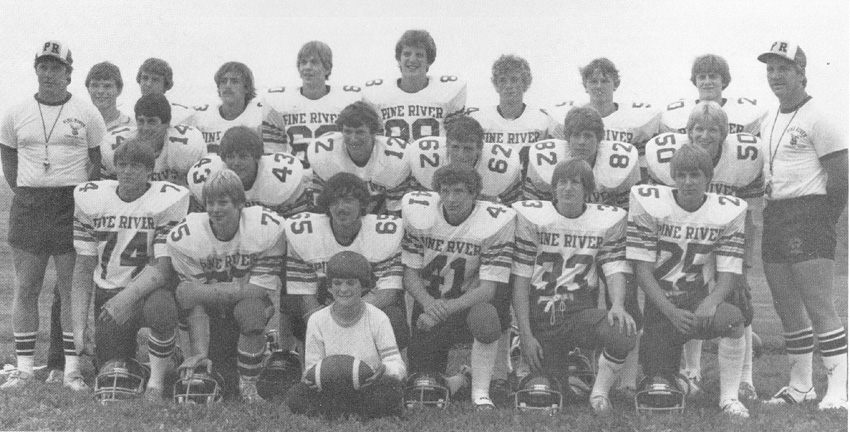 Neil McGhee took over the reigns of the Pine River Program in 1983 and won 4 games in his first season, all at home. The Bucks dropped their first game by a single point, but went on to win three of their next five games. Pine River won its homecoming game 7-6 in thrilling fashion with a 66 yard run by quarterback Bob Raven and a extra point by Ken Justin. The game remained 7-0 until Marion scored late in the game. The Eagles went for two points and the lead, but their quarterback was sacked by Peter Johnson. The Bucks finished the season with a good felling beating Mason County Central 28-7.